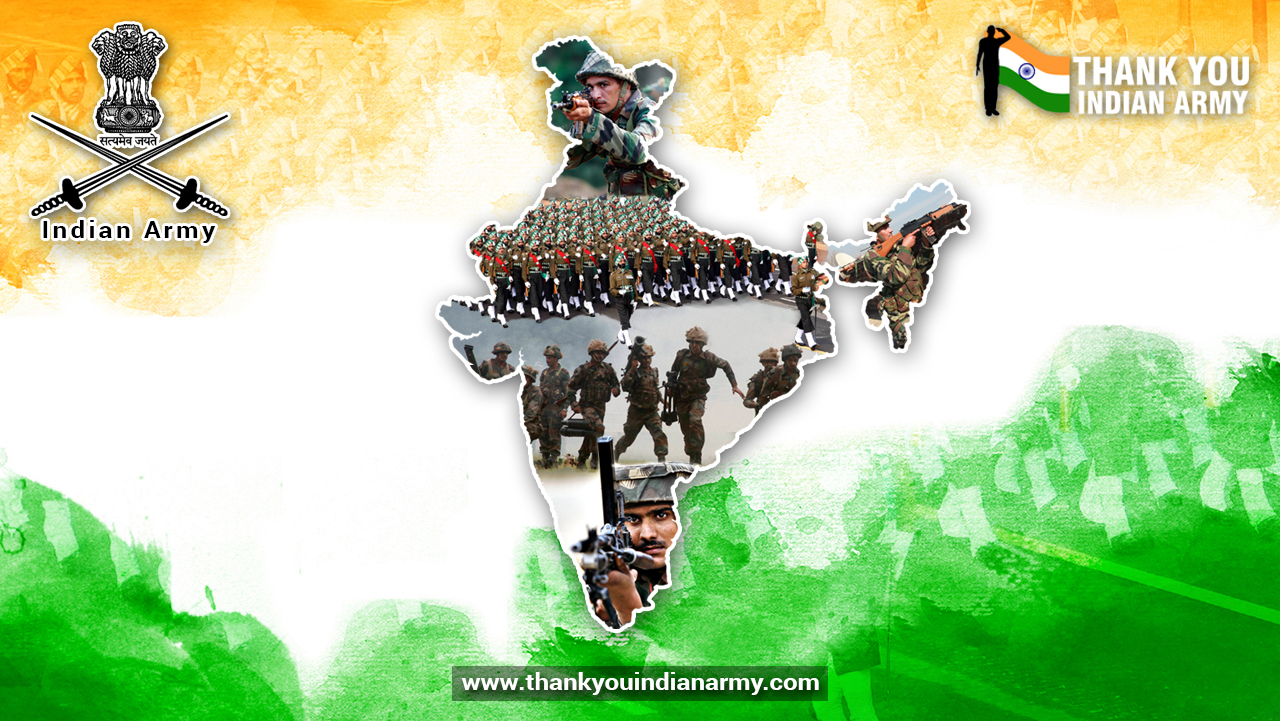 This event is celebrated with great enthusiasm across all Army Command Headquarters and the national capital of the country. All command headquarters arrange army parades and military shows to mark the occasion and showcases the various achievements made by the Indian army in the domain of technology. Army day parade during the army day celebration is carried out by the Indian army soldiers (Indian army bands) which involves the exhibition of BLT T-72, T-90 tanks, Brahmos Missile, carrier Mortar Tracked Vehicle, 155 MM Soltum Gun, Advanced Light Helicopters of the Army Aviation Corps and etc.

Serving Indian army personnel take a pledge on this day to maintain their service and protect the nation from enemies whether they are foreign or domestic. On the occasion of Army Day homage is paid to the indomitable spirit of Indian soldiers who have sacrificed their lives in protecting their country. The celebrations in Delhi begin by paying tributes to the martyred soldiers at the Amar Jawan Jyoti at India Gate.  Special Gallantry awards like the Sena Medal and unit medals are distributed on the occasion of Army Day in Delhi.

Indian Army was formed in 1776 under the British Government and is considered as one of the best forces in high altitude and mountain warfare. Indian Army is known as the third biggest military contingent in the world, right after Russia and China. Indian army occupies the highest battlefield in the world in the Siachen glacier, which is above 5000meters from the sea level. Apart from serving the people of India, the Indian Army is also known as the highest contributor to the United Nations Peace Operations.

The Indian army has provided valuable services during several civilian casualties. Irrespective of whether it was to remove the bodies buried under the rubble of earthquakes at Latur and Dharchula and landslides at Kedar Nath or flood relief in Jammu and Kashmir, the Indian soldier has never wavered in his duty towards his fellow men or towards his country. He has taken medical aid to remote corners of the country and has braved epidemics and plagues to help his brothers and sisters.

Our soldiers courageously face all hardships to protect our natural borders and are well trained to face all challenges and difficulties which might come in their way to save the nation and its people. The Army works with true dedication and spirit of the motto ‘fight to win. In spite of having such huge resources both in terms of men and materials, the Indian army is one of the few armies in the world, who have never initiated a war.

Living in an age where the nation lacks serious idols, the Indian soldier is the best role model, a child or teenager can look up to. Along the Loc, braving the sub-zero temperatures in the north to withstanding the inhuman heat of the desert, he never lowers his guard. He gives so much, gets so little in return, and yet serves with a smile. As a nation, we should be proud of our soldiers for their selfless service.