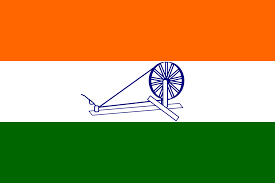 30th January noted as the date for giving homage to the brave-hearts of India who fought for the freedom of the nation and the army personnel who get martyred every year at border. 30th January is also the death anniversary of our father of nation “Mohandas Karamchand Gandhi” also known as “Bapu”.

On this day, Nathuram Godse targeted Bapu at evening conference in the assembly. Bapu taught us the way to achieve what we desire by walking on the path of non- violence, with love and peace.

On the other hand, in the state of Punjab 23rd March is observed as Martyr’s Day as the freedom fighter and inspiration to young hearts of India – Bhagat Singh, Shivaram Rajguru, Sukhdev Thapar were hanged to death by British.

On 30th January, every year at Raj Ghat Memorial the president, the vice president, the prime minister, the defense minister, and the three Service Chiefs gather to give homage to all the martyrs and offer garland at their samadhi. The ceremony starts at 11 Am every year.

There also countries who are celebrating Martyr’s Day to give respect and condolence to the soldiers and freedom fighter’s.

On this day, the government honor the martyrs as well as their families by awarding them by Param-Vir Chakra, Padma Bhushan, Kriti Chakra, Padma Shri, Medals and some monetary rewarded are also announced and allocated to support families of martyred soldiers.

In many places, people organize small theater shows with education point of view. They invite a group of students from schools and tell them the story of freedom fighters, the struggle of Indian Armed forces and many other historical events so that the children develop interest in learning and knowing the details about the deep history of free India.

There are so many unknown, unrecognized name in the books of India that are far away from the knowledge of today’s generation and this can only be known by giving the information.

Recently, the government announced that Jammu & Kashmir will observe 14th February as Martyr’s Day for giving the condolence and paying homage to the CRPF jawans the brave-hearts of India who lost their lives in “ Pulwama Attack.”

How Homage Is Given to Martyr’s:

Every year on the martyr’s day our honorable president, vice president, prime minister, defence minister, and three Service Chiefs gathers at Raj Ghat Memorial at 11 AM, keep 2 minutes silence (2 minutes Moan) and give homage by offering garlands on the samadhi’s of martyr’s

We salute to the sacrifice of the soldiers and their families too, the bravery of a soldier. It’s you because of whom we are enjoying the sound sleep at our home, as you are alert 24*7 at the border of our nation.