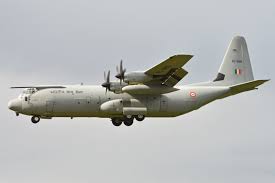 31 year ago, there was a time, when one of most popular vacation spot of today – Maldives was in danger, and the president of Maldives declared emergency across the island, also asked for a HELPING HAND FROM INDIA. It was the month of February, when the chief justice of Supreme Court got arrested also one more judge of supreme court got arrested and the armed force and police confined the soveregin state’s parliament and also arrested Ex- President Abdul Gayoom as well.

The preceding democratically choosen President of Maldives, MHD. Nasheed had asked Indian Army for giving a helping hand for help the country. It was a major question of many Indian and international communities, that whether the Indian Army should involve in such situation, just like it did in 1988 during Operation Cactus and play the role of rescuer once again.

What is Operation Cactus?

In 1988, a group of offensive Sri-Lankan fierce from People’s Liberation Organisation of Tamil Eelam  (PLOTE), with the support of Maldivian Tycoon Abdulla Luthufi, got success in entering the beautiful state Maldives in November,1988. After entering the capital of Male, the militant’s divided in categories and targeted different key areas of city, also resided in the same areas. Their motive was to dissolve the ruling of President Abdul Gayoom. However, the honourable president managed to escape from their and took shelter in the headquarter of Maldives’s National Security Service.

From there, Mr. Gayoom tried to reach out to many nations for seeking help, of which one was INDIA, rest were United States, Britain, Sri Lanka and other states as well. From here, it was the starting of operation cactus. The operation cactus was carried out under the enlightenment of Honourable Prime Minister and Son of Respected Woman Leader Late. Shrimati Indira Gandhi, Late Mr. Rajiv Gandhi, by which the Indian Army responded with an enormous speed and efficiency.

After receiving the message from Gayoom, and with strategy formed and as directed by higher authorities, the Indian Army within no-time reached Maldives. During the course of journey our Indian Armed Force from Agra Air-Force Station on an Ilyushin-IL – around 76 aircrafts were cited for the operation. After a long-journey of near about 2,500 kilometers, the aircraft with 44 battalions of our Indian Air Force rested on the ground of HULHULE Airport. Hardly a kilometer away from the capital, armed force without wasting a single second headed towards the capital.

Keeping in mind the safety of sovereignty, the armed force took careful and very calculative steps. The PLOTE militants captured many key areas of the city but forget to keep eye on HULHULE Airport. This made it easy for Indian Army to take entry in Maldives and the force took control over the airport.

Operation Cactus– Mission Impossible in the Maldives was carried out under the control of Brave Solider Sushant Singh. With his guidance and strategy, the force headed towards the capital by infringe boats and save the president Mr. Gayoom by knocking out the militants.

During the time of rescue operation, one group of militants managed to escape while Indian Army was busy in returning to capital, but the time was not managed well and they were caught by the Indian Navy Force, the INS Godavari and INS Betwas of Indian Navy confirmed that, they will block all the possible routes of rescue for that militants with the help of two sea King MK.

With the help on fleeting 42 Choppers dropped in depth, resulting in blocking all routes, the Indian Army arrested all the militants who tried to rescue. And, next morning the safe guarders of Indian Marine Strike Force taken over the incident.

The Mission ended with no fatality to the Indian side, with loss of one live, as one soldier shoot himself in his own foot, as stated by colleagues and news reporters. The success of OPERATION CACTUS was the evidence that India can put up the role in ensuring the safeguarding the Asia. The swift move of India’s decisive action was highly appreciated across the international communities from U. S President Ronald Reagan to Margret Thatcher. Also, the Indian Cabinet Secretary Late Mr B.G. Deshmukh appreciated Indian Army with his following valuable words:

“Operation Cactus enhanced India’s prestige enormously and showed our efficiency and capability to mount a successful operation at short notice. There was universal acknowledgement of our role as a police force in the area.”

The contribution and sacrifice done by our Brave Soldiers should and must not be forgotten. We can’t do what they do for nation, but we can help them and can make contribution towards them, by doing charity or donation whatever we can make as per our convenience.